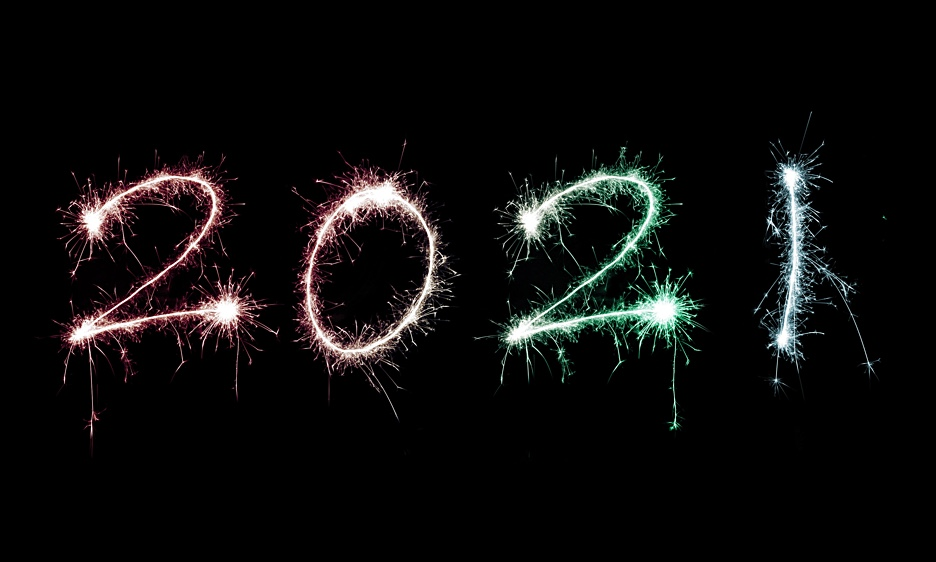 By Ken Franckling
January 1, 2022
Sign in to view read count
The jazz world continued grappling and adjusting in year two of the COVID-19 pandemic. International Jazz Day again went virtual for the most part. Singer Tony Bennett put the final stamp on his touring—and likely recording—career after his Alzheimer's disclosure. Trumpeter Irvin Mayfield was headed to federal prison. The National Endowment for the Arts welcomed four new NEA Jazz Masters and said farewell to seven others who were among the many industry-associated musicians and figures passing away during the year.

Year two of the COVID-19 pandemic found many jazz clubs and festivals re-opening their doors and gates after more than a year off in many cases. Some clubs closed again late in the year due to the omicron variant's emergence and rapid spread. Live-streaming continued to grow, becoming a fine supplement to reach larger club audiences, as well as those who still feel leery of gathering in confined spaces. Pianist Emmet Cohen's weekly two-hour "Live From Emmet's Place," which is streamed on Monday nights from his Harlem apartment, became an Internet staple with its wide variety of guest singers and instrumentalists.

Venue adjustments, social distancing, mandates or suggestions for masking became a norm. For example: The Newport Jazz Festival resumed in 2021. It required proof of vaccination or a recent negative test before allowing gate entrance July 30-August 1, reduced its staging from four to two, and cut its daily capacity to about half the crowds from prior editions. The Montreal International Jazz Festival, normally attracting hundreds of thousands of fans to hear from bands around the world, moved from June to September and limited its on-site presentations to two large outdoor stages featuring only Canadian musicians. Two downtown clubs that were affiliated with the festival did present a couple of U.S.-based groups.

The New Orleans Jazz & Heritage Festival and French Quarter Festival, huge draws and economic boons for Louisiana, moved their usual spring dates from to fall, then canceled those, too, for a second year as COVID's Delta variant raged in the region. The 2021 edition of New York City's Winterfest opted for a live-streamed edition with talks, panel discussions and concerts running from January to March.

The local health department shut down the Bird's Eye Jazz Club in Basel, Switzerland, in September for exceeding pandemic capacity limits. With no live music at the venue for the near future, management said it would continue to pay fees to all previously-booked bands and would make the club available to bands on request for rehearsals and for recording. Denver's Dazzle Jazz Club, which started a Bread & Jam food pantry for struggling musicians in late 2020, turned the donor-supported program into a weekly Wednesday night funk jam session that guarantees a fair wage to the house band. Club openings with new health protocols ramped up in August and September. They included New York's Village Vanguard and Dizzy's Club, as well as Blues Alley in Washington DC. Some venues, including Preservation Hall in New Orleans—which reopened June 10, were closing down again late in the year because of the omicron spread.

COVID-19-related deaths in the global jazz community continued. The total rose to at least 120 since the pandemic began, with 64 in 2020 and at least 57 in 2021. Precise numbers are difficult to ascertain as some death notices, particularly in Europe, didn't list a cause. The 2021 high-profile losses included pianist, educator and NEA Jazz Master Barry Harris, saxophonist Andy Fusco, and Tony Falco, owner of the popular Hudson Valley NY jazz club, the Falcon.

The year of Tony Bennett

This will be remembered as a career-climaxing year for singer Tony Bennett. First came word in the February 2021 issue of AARP magazine that the pop and jazz crooner had Alzheimer's. The disease was diagnosed in 2016, but the public had been unaware of Bennett's declining health because he kept on performing until the pandemic cut short his tour schedule in March 2020. On August 3 (his 95th birthday) and 4, Bennett returned to the stage for a pair of poignant final performances at Radio City Music Hall in New York. A week later, his son and manager, Danny Bennett, announced that Bennett was retiring from concerts and touring. He said that while his father remained a capable singer, he was getting frail and risked a major fall if he continued traveling. "One Last Time: An Evening with Tony Bennett and Lady Gaga" was broadcast on November 28 on CBS and streamed on Paramount+.

Bennett's final recording, another collaboration with Lady Gaga, Love For Sale (Columbia/Interscope, 2021), was released on September 30 in cassette format, a day later in LP and CD. It was nominated for six 2022 Grammy Awards, including album of the year, record of the year, best pop duo/group performance, best traditional pop vocal album, best music video, and best engineered album, non-classical. That 61st and likely final recording also earned Bennett a Guinness World Record. At age 95, he became the oldest person to release an album of new material. The session with Gaga is a Cole Porter tribute. Bennett, an NEA Jazz Master and Kennedy Center honoree, painter and philanthropist, has sold more than 50 million records in a 70-year singing career. It dates to 1951 when he signed with Columbia Records. He has won 19 Grammys, including a Lifetime Achievement Award.

New Orleans musicians and business partners Irvin Mayfield and Ronald Markham are headed to prison. On November 3, a year after pleading guilty to conspiracy to commit mail and wire fraud, the trumpeter and pianist were sentenced to 18 months in federal prison. They reported to their assigned federal prisons on January 12, 2022. The pair also were ordered to pay $1.1 million in restitution for their admitted scheme to steal funds from the New Orleans Public Library Foundation when they were board members.

Mayfield and Markham pleaded guilty in November 2020 to funneling Library Foundation monies to help fund the New Orleans Jazz Orchestra and support their own lavish lifestyles when Grammy-winning Mayfield was the big band's artistic director. The crimes were committed between August 2011 to November 2013, and the pair's effort to cover it up lasted for several more years. U.S. District Judge Jay Zainey called their crimes "fraud based on greed and arrogance." Once released from prison, the two must also give 500 hours of free music lessons to Crescent City youth. "I allowed my ego to focus on the winning by any means necessary," Mayfield told a packed federal courtroom. "I put a lot of people's good work in vain."

SHORTER'S OPERATIC DREAM: It only took 70 years. Saxophonist and composer Wayne Shorter first thought about composing an opera when he was a 19-year-old music student. That goal reached fruition in November 12 and 13 when Shorter's..."(Iphigenia)"—with a libretto by Esperanza Spalding—premiered at Boston's Cutler Majestic Theatre. The Shorter-Spalding opera took Greek writer Euripides' 400-year-old play about King Agamemnon's plan to appease a goddess by killing his daughter—and transformed it into a radical work. It confronts the cycle of violence audiences have seen onstage over centuries, while channeling the spontaneous spirit of jazz. It had a cast of 19 (including Spalding) and an orchestra of 28, plus two members of Shorter's quartet—pianist Danilo Pérez and bassist John Patitucci—plus drummer Jeff "Tain" Watts. Renowned architect Frank Geary designed the sets. Further performances were held in mid-December at the Kennedy Center in Washington DC, and scheduled for February 2022 in Berkeley and Santa Monica CA.

OVERCOMING TRAGEDY: Belgian lawyer, jazz pianist and Holocaust survivor Simon Gronowski marked his 90th birthday a week early by performing October 3 in an opera inspired by his life. The opera "PUSH," written by British composer Howard Moody, explores love, faith and forgiveness overcoming the darkest tragedy. It previously was staged in East Sussex UK and London and Brussels. The special performance took place in an old factory building in Boortmeerbeek, the town where Gronowski jumped off a train bound for Auschwitz in 1943. He survived the Holocaust in hiding after losing his family in the infamous death camp. Mixing arias with jazz inserts, the opera "PUSH"was based on Gronowski's memoir and his brotherly friendship with Koenraad Tinel, a sculptor who was the son of Flemish Nazis. Tinel's brother had served as the prison guard for Gronowski's family. When they first met in 2012, Tinel asked for forgiveness but Grownowski told him: "The children of the Nazis are not guilty." Both men appeared as themselves in the special performance.

Awards and honors of note...

2022 GRAMMY NOMINATIONS HAUL: Jazz singer-pianist and multi-genre performer Jon Batiste racked up a stunning 11 nominations for 2022's Grammy Awards. He credited the Grammy''s newer-driven voting system for nominations spanning several genres including R&B, jazz, American roots music, classical and music video. Batiste earned an album of the year nod for We Are (Verve, 2021) and record of the year for the track "Freedom," a feel-good ode to his hometown, New Orleans. Batiste was a nominee for best score soundtrack for visual media for his work on Pixar's Soul. The 64th Grammy Awards event will be held January 31, 2022 in Los Angeles. The nominations were announced on November 23.

AT THE MOVIES: Jon Batiste, Trent Reznor and Atticus Ross were honored with an

Ken Franckling is an award-winning jazz writer and photographer who has been covering the mainstream jazz scene for more than 35 years.