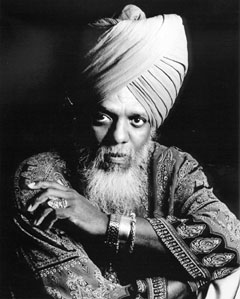 slideshow
Lonnie Smith, who added a Dr. in front of his name to differentiate himself from organist Lonnie Liston Smith and whose funk-driven organ in the 1960s was a key ingredient in many different soul-jazz combos, died on September 28. He was 79.

In addition to his invented moniker, Lonnie's turban, by his own admission, had no religious significance. For him, the name and the look was akin to an artistic statement or character that let him step out of himself. A gentle, humble man away from the keyboard, Lonnie was a groove-maker once he sat down on the Hammond bench, especially in groups led by George Benson and Lou Donaldson.

This story appears courtesy of JazzWax by Marc Myers.
Copyright © 2022. All rights reserved.