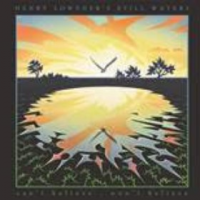 If any jazz ensemble can be said to define the word “prolific" it's not Henry Lowther's Still Waters. The band's debut album, ID, appeared in 1997. can't believe, won't believe is its second release, just 21 years later. Good things, as they say, come to those that wait. Bandleader, composer and trumpeter Lowther has ...